I really did write pong from scratch using only the functions provided by the bios. You could write the game onto an USB stick, boot from it and then play it. 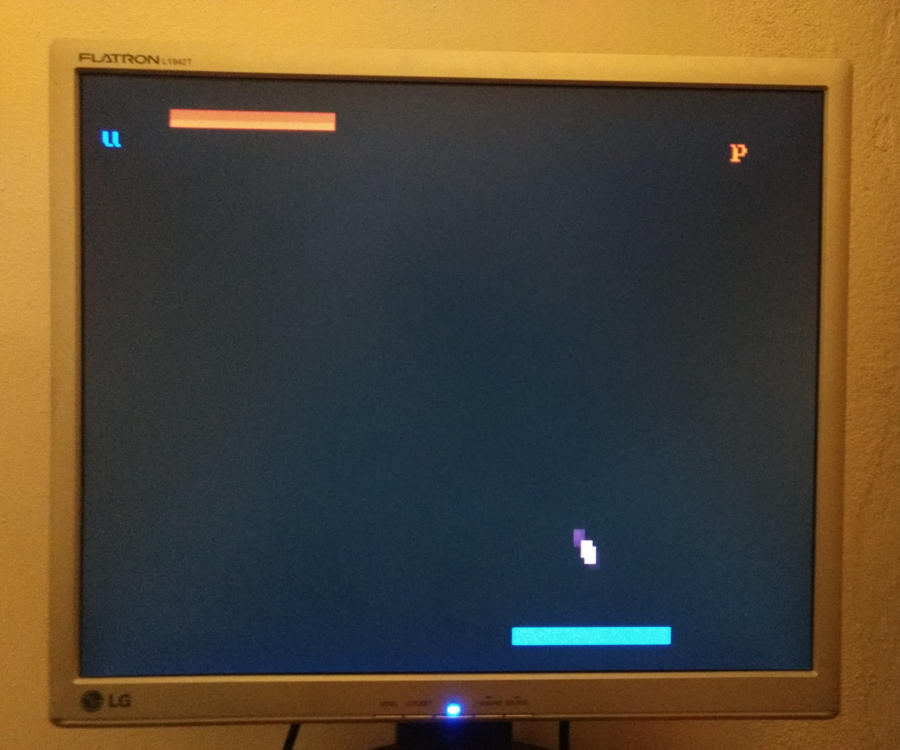 At the end of the year 2015 I started learning assembly for fun. I still remember how I studied assembly and the corresponding C code during my Latin lessons at high school.

I started with translating the programming exercises from C PROGRAMMING A Modern Approach By K. N. King into assembly and some own projects, such as a little demonstration for a return address exploit or a program that prints the Finnish translation of the numbers from 0 to 99. At this point I still used the functions from the C standard library such as printf or scanf.

All the projects can be found in the repository kalehmann/x86_64_assembly_stuff on GitLab.

Soon after building my first simple programs for Linux, I started getting interested in writing software without using any of the functions from the C standard library or even the Linux syscall.

Of course this brings some new challenges. The bios only loads the first 512 bytes into memory. Additionally you need to do some initialization and the last two bytes should contain a boot signature, which leaves even less space for the real program.

You could either use some functions provided by the bios to load more of your program or stick to this. I haven chosen the latter.

Some people would call such software a bootloader. However, since my program does not load any additional stuff, I prefer the term bootcode.

It all started simple with things like printing “Hello, world!” on the screen using the bios functions provided by the interrupt 0x10. A great resource of information about the interrupt codes of the bios is the famous interrupt list of Ralph Brown.

This file can be compiled using

and then tested with qemu using 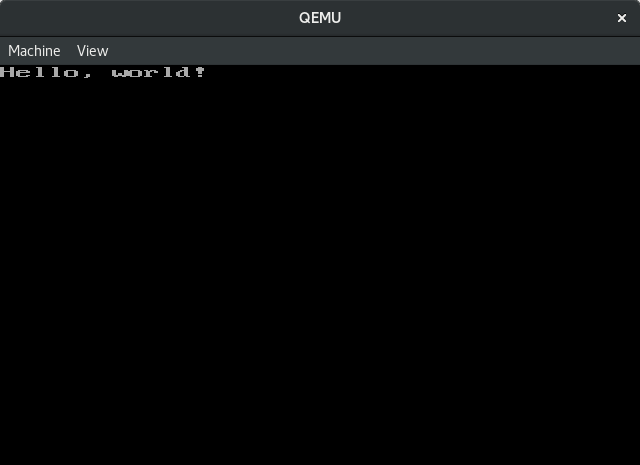 One the I decide to write a game. With all those limits I face while writing bootcode, my decision felt to pong, because it is really simple.

The design of the code for the game is pretty simple. First comes the initialization the stack and the setup of the video mode.

In real mode the stack has its its own register, the stack register ss. Since the stack grows downwards, the stack pointer sp and the base pointer bp have to be initialize with a high value, that the can shrink to zero.

There are several modes available, I choose the mode 0x13. That mode basically means 320x200 pixels and 256 colors. I think that hits the nail for the game.

After this follows the main loop of the game. There are several things that needs to be done in main loop:

Fortunately the bios provides for sleeping a short time, the interrupt 0x10,0x86 - wait for a given period. The period to wait is passed in dx:cx in microseconds.

For example if the game should run at 30 frames per second, the waiting period should be a 30th of a second - 33333 microseconds. The code would look like this:

This code checks if the left arrow key has been pressed:

Draw everything on the screen

The screen can be set all black using the set video mode code shown earlier. Drawing a rectangle on the screen is a bit trickier.

One way would be using the interrupt 0x10,0xc to set every single pixel. This interrupt takes the following arguments:

A function for drawing a rectangle on the screen using this interrupt looks like this:

A function for drawing a rectangle directly into the video memory looks like this:

Printing on the screen

The scores of the two players gets printed on the screen during the game. To save memory, the score is not printed numeric. After 9 come the characters from a to z.

Printing on the screen can be done using the interrupt 0x10,0xe as already shown in the first example.

Putting it all together

With all this combined, the game pong can be implemented:

The game flickers a little bit. This brought me to nearly vomit at one point during the developing process.

The whole source of the game can been seen at the GitLab repository kalehmann/pong.

Note that the game can be run on real hardware, it may not always succeed. Some BIOS require a valid Bios Parameter Block, but pong does not have one as it takes too much memory.