This post explains in detail how to enhance a single HTML element with a centered equilateral triangle using only CSS. The objective is to recreate the play button of the HTML Video element from Firefox for Android as seen below.

This is just a screenshot, not a video ;) 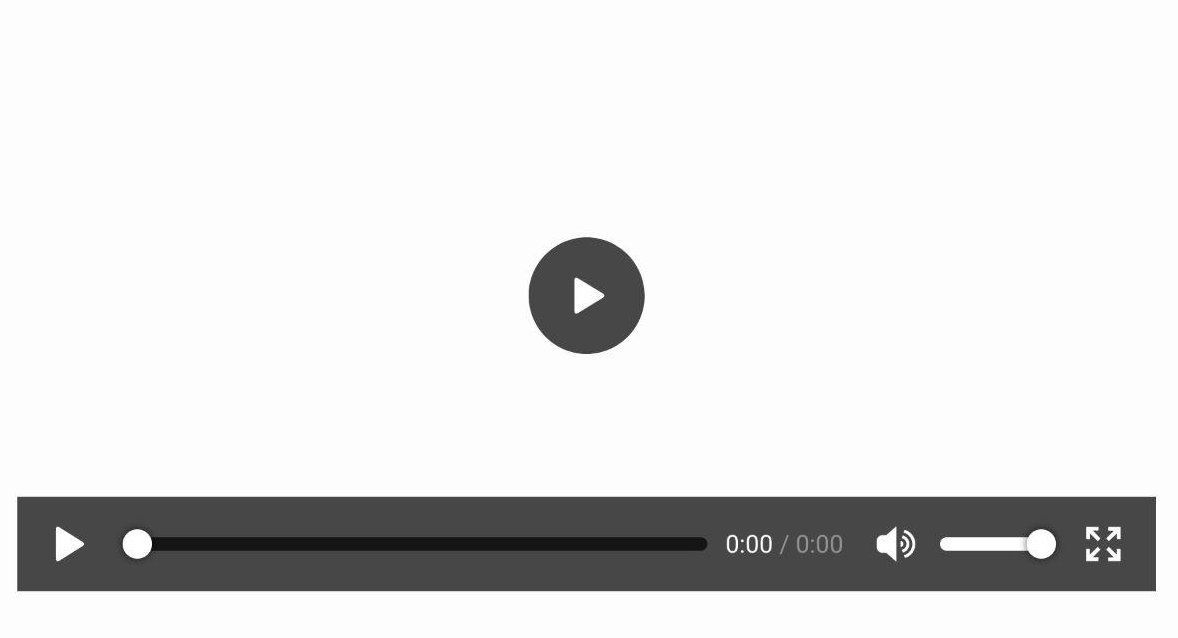 Lets shortly recapitulate how CSS borders work exactly. Starting with a single div with borders on three sides and take a look how those three borders meet each other.

The border at the bottom is a isosceles trapezoid with both base angles 45°. Assuming the div would shrink to a width of zero, this border would become a triangle.

Great! Now the border at the bottom is a right triangle. But the objective is to create an equilateral triangle.

Manipulate the angles of a CSS border triangle

Since border-left and border-right are equal, they are both akin a/2. border-bottom can be calculated from a using the Pythagorean theorem with:

Using this formula an equilateral triangle can be rendered with the following CSS:

Center the triangle in its containing element

Fortunately these points are all the same for an equilateral triangle. But why is the center even important? What is the center of the triangle if it is rendered as it is?

As you can see, its current “center” is just the center of the smallest rectangle, that can be rendered around the triangle.

Apply all together to an single element.

Now everything can be put together. The objecte is still to recreate the play button from the Firefox for Android media player. Furthermore only a single HTML element should be used.

First this single HTML element is display as a circle with a border-radius of 50%. Then all it’s content is centerent using display: flex;, align-items: center and justify-content: center;.

Last but not least the triangle is then created with the ::after pseudo-element.