My Homelab includes a private Arch Linux server, private as in the server is connected to the internet, but not reachable under a public IP address. The hard drive of this server is encrypted. As this server does not have a keyboard or monitor attached, I need a way to unlock the hard drive remotely during the boot process. Setting up a SSH daemon in the early userspace to unlock the drive remotely is already well documented. By following these instructions I am able to unlock my private server from a device in the same LAN. However this is not sufficient for my needs.

If the server restarts after an unexpected power outage, I want to be able to unlock it from anywhere in the world. The same goes for updates. I want to be able to update and restart the server while I am abroad. Fortunately I also got a virtual server with a public IPv4 address. This post evaluates how to use that public server as a proxy to gain access to the early userspace of the private server.

My GigaByte Brix as home server

First start with the hardware. I got a GigaByte BRIX GB-BLCE-4105. While it is no server hardware, it meets all my requirements and is cheap and quiet. 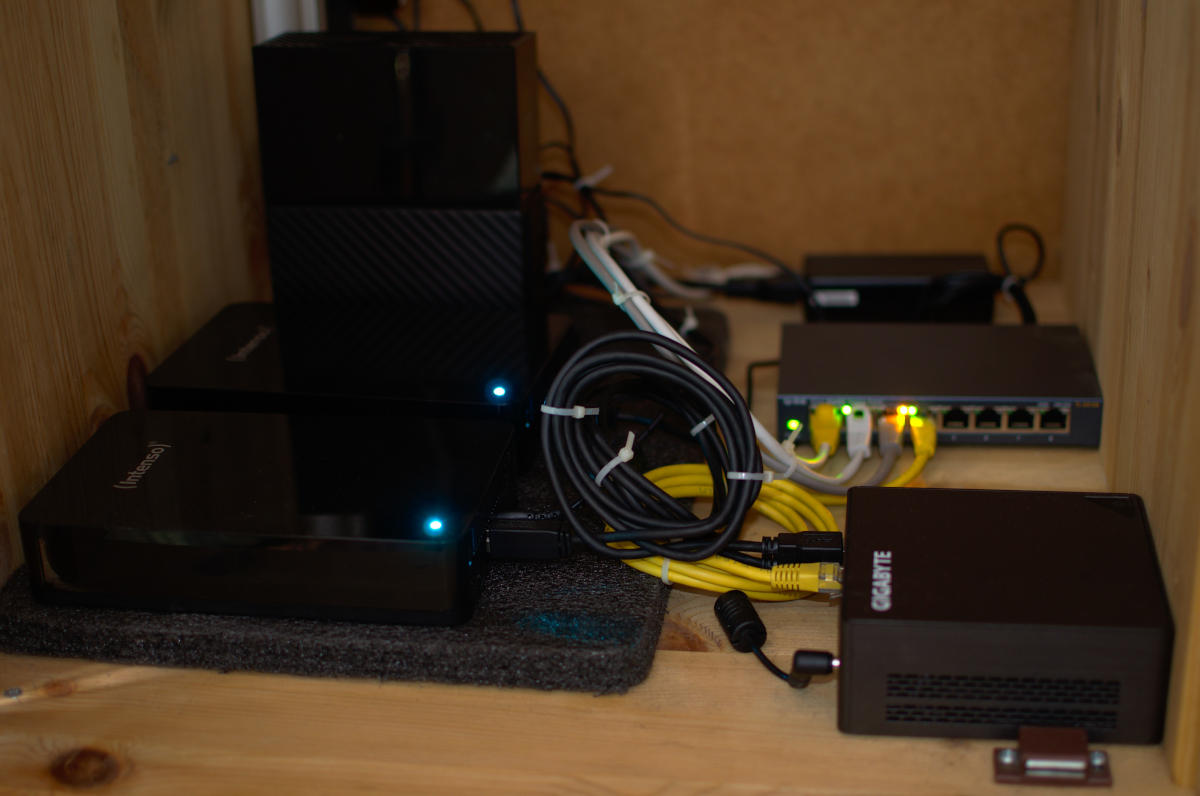 I use it to play around with a few virtual machines, manage all my data and run some services for my hobby projects, such as Gitea and Drone. As of now I occupy a single room in a shared apartment. Since I have no separate place for the server. Therefore I keep it in my wardrobe to let it not annoy me with the sound of the hard drives or the light of the power LEDs.

For achieving this I considered three different options:

After thoroughly considering these three approaches, I decided to implement a combination of the second and third approach. I will install OpenVPN on my public server and expose the SSH daemon running in the early userspace of the Arch Linux server in my Homelab inside the VPN via a reverse SSH tunnel. 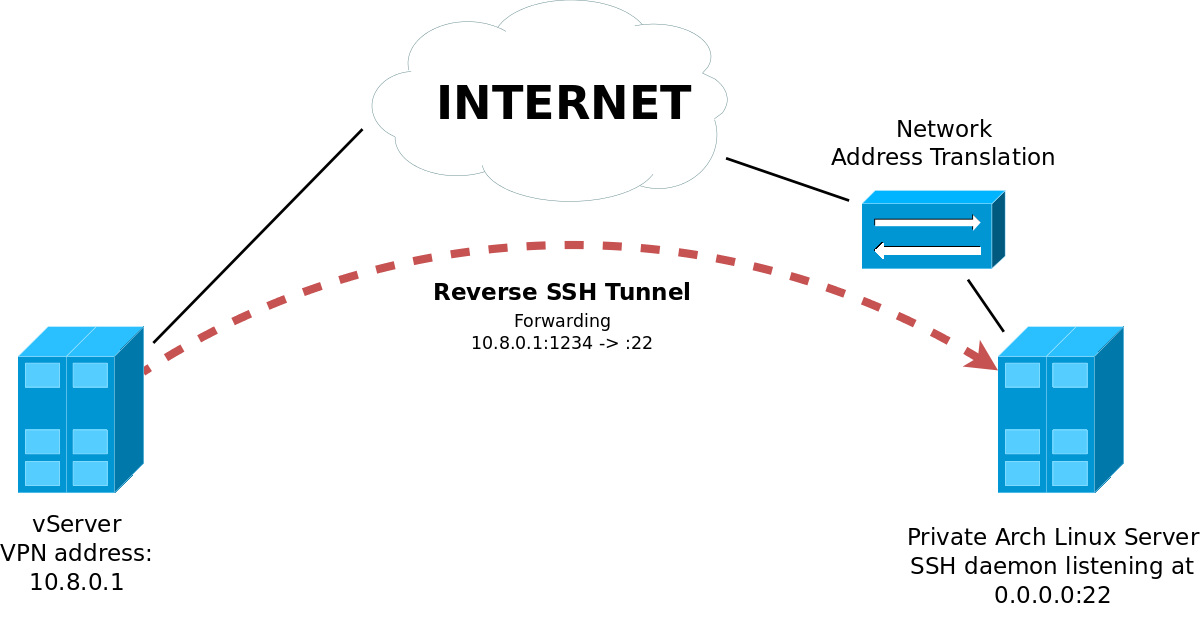 Setup a reverse SSH tunnel in the early userspace

What is needed for this?

My public server already has a static IP and multiple domains resolving to it, so I do not need to bother about this. For the setup of the SSH tunnel I created a new user on the public server, without any ability to login or start a shell. The users name is janus, as the Roman god of gates and doorways and it is created with:

Next /etc/ssh/sshd_config on the public server needs to be modified. To allow clients the binding of ports the following directive needs to be added:

I use dropbear as SSH daemon in the early userspace, setup using the mkinitcpio-dropbear package. This package also provides dropbear as SSH client capable of initiating a reverse tunnel.

Generate a key pair for dropbear

Now a key pair for the connection from the private to the public server needs to be created:

Now the tunnel can be established with:

Upon using this command the first time, one will be asked to confirm the fingerprint of the servers key. That will add the keys fingerprint to ~/.ssh/authorized_keys.

Putting it all together

Since the hook needs to be aware for many variables different for each user - such as the address of the remote server, the user on the remote server or the location of the key pair - I created a build script for the hook inside the repository kalehmann/arch-remote-unlock-hooks.

or reading the Readme file of the project.

The configure script creates a Makefile for the hook. Now the install and run scripts for the hook can be build with make and installed to the mkinitcpio configuration directory with make install. Finally the initial ramdisk images needs to be recreated and installed with