In the autumn of 2018, I traveled together with 9 other students and two teachers from our school – the BSZET in Dresden – to Columbus, Ohio. This was an amazing trip for me, I also wrote about it here on my blog, see School exchange to Columbus, Ohio.
Now, a year later I still like remember this trip every once in a while and I in retrospect I think I can still write that this experience and all the lasting memories to it helped me to grow as a person and left me positively impressed. 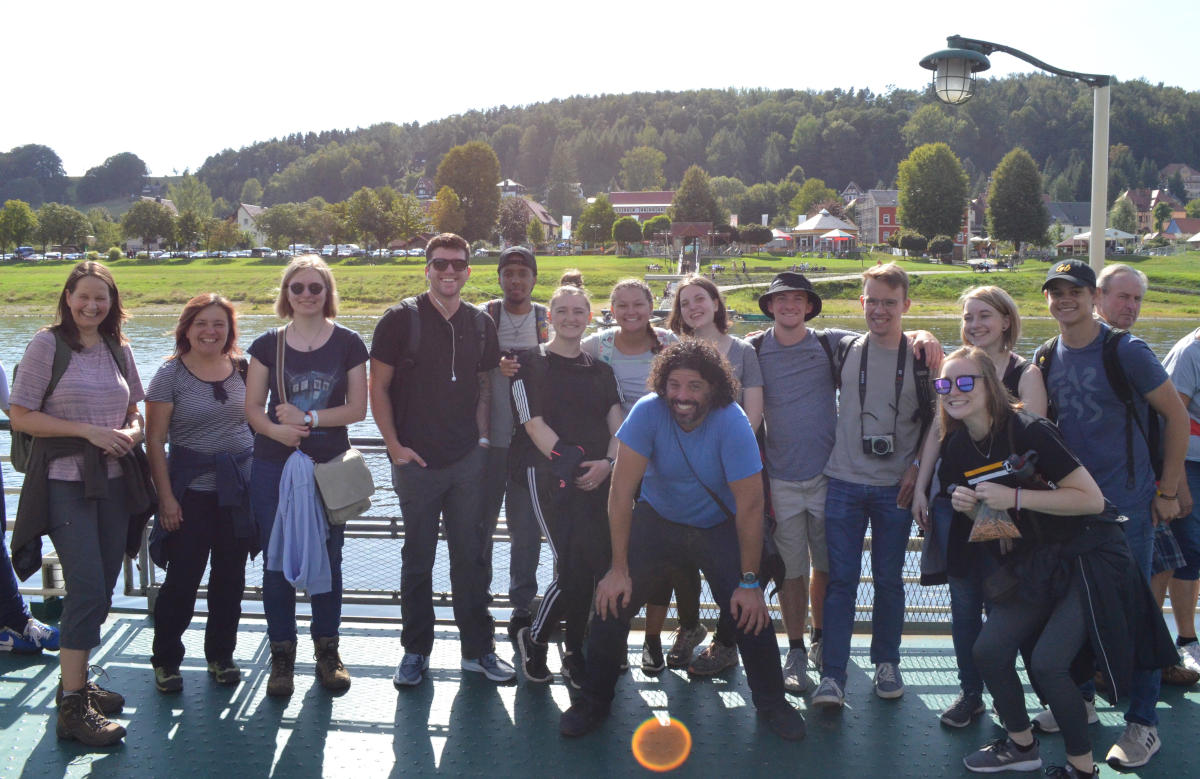 While our part was mostly over, after we arrived back in Germany and went to school and work again, the project was not just an on-off initiative. Now, almost a year after our trip to the USA, a group from the Columbus State Community College arrived in Dresden. The city and especially our school welcomed 10 students and 6 teachers from overseas. Thanks to the English teacher of the first year of my apprenticeship, I had the chance to participate in the project for a second time and accompany our visitors in Dresden.

They stayed for 10 days in a hostel near the main station and were accompanied by 10 students and some teachers from the German school. During this short one and a half week, the group did many trips and excursions in and around Dresden, for example to the Saxon Switzerland. But as this was a school project, of course we had some tasks and educational trips. The subject was the same as last year in the US. We visited multiple manufacturing sites in and around Dresden and spend one afternoon visiting officials of the city to promote the project.

The first company we visited was the porcelain manufactory in Meißen. There we got a short tour showing how the porcelain is sculpted and painted by hand. After that we looked around in the exhibition of the manufactory. They had some really cool and detailed exhibits there. Another point of great interest especially for the American students and teachers was the age of the manufactory. It is older than the United States Declaration of Independence. After leaving the factory, our group walked through the city of Meißen to the athedral and we had another tour there which also lead us to the roof of the cathedral. From up there you have a wonderful view of Meißen and the surrounding regions. 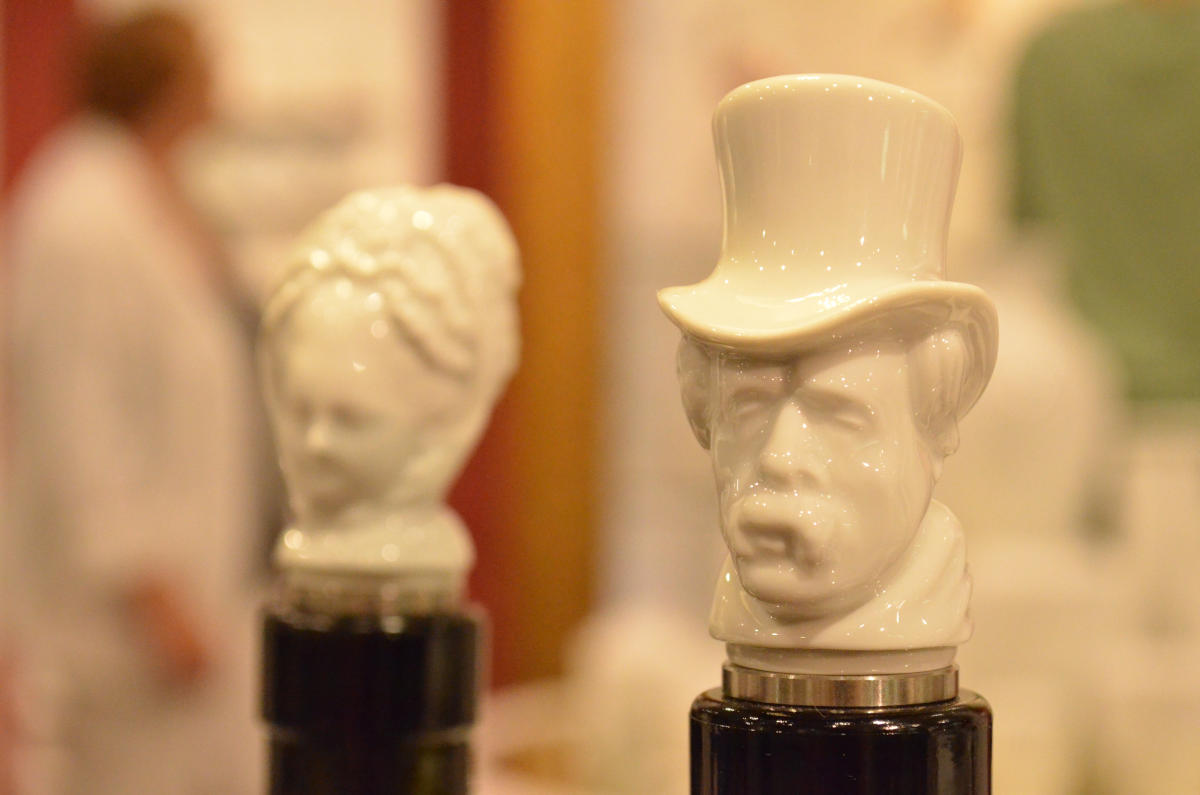 For our next company visit we split up into two groups. One group visited the SUSA S. Sauer GmbH & Co. KG in Heidenau and the other group – including me – visited König and Bauer in Radebeul. The company is a manufacturer for printing machines. My enthusiasm about the visit remained fairly limited since I am more interested in the IT. If I ever feel interested in mechanical engineering I probably just fixed something with WD40 or duct tape. However I think the Americans really enjoyed it and payed great attention the tour through the vocational training center of the company, since that is not something you see every day in the US.

The third company visit – this time as a whole group again – was Theegarten Pactec in Dresden. The company is a big player in the field of manufacturing technology. The company presented itself in a really interesting way. The guy giving us a presentation was some kind of salesman and doing this for a few centuries already. The presentation of him was correspondingly good and in my opinion the best of the four companies we visited. After the presentation we had a demonstration of a machine packaging sweets and after that we could try to package a piece of candy by our self according to a template. 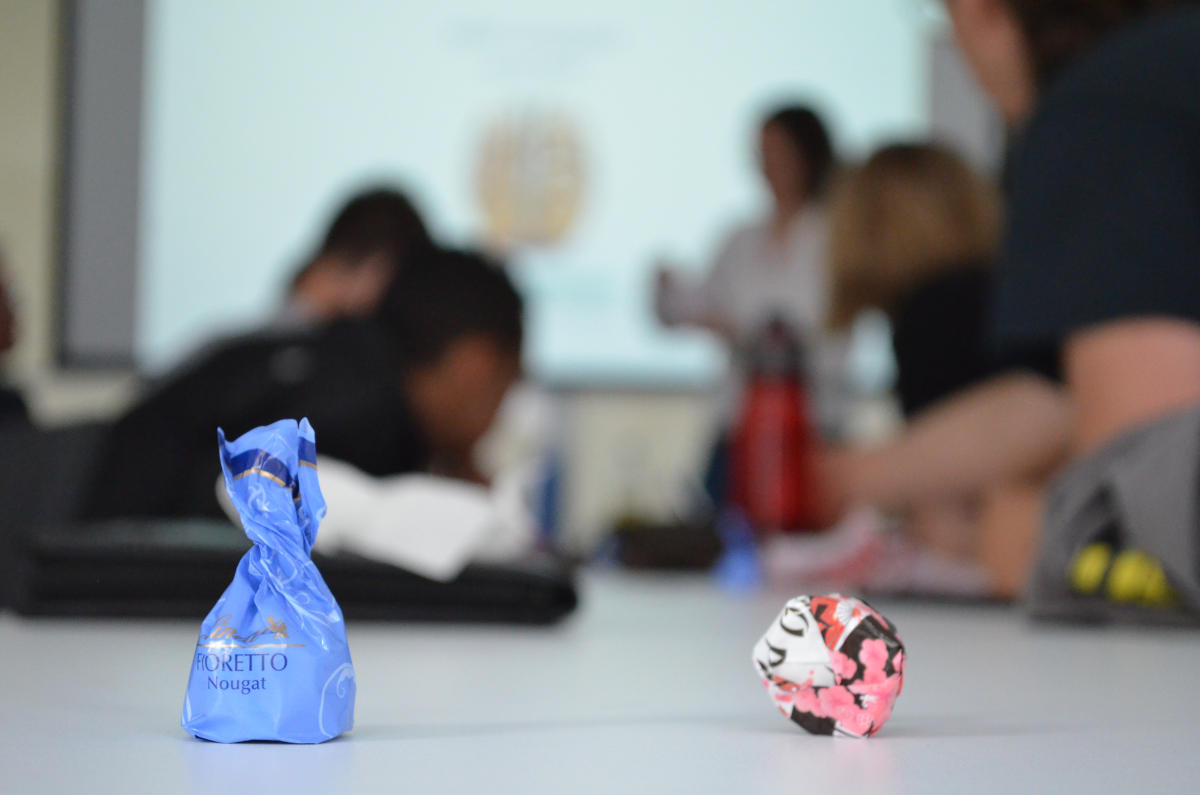 On our second Thursday we visited our fourth and final company - this time BMW in Leipzig. While the tour was mostly an advertisement on how eco friendly BMW is now (only green energy used, parts of the manufactoring side are made out of wood, no welding used…) the tour was nevertheless really worhtwhile, in particular seeing the high level automation there.

Last year in Columbus we visited to city hall hoping for a change to present the project to the mayor of the city and make him sponsor the project in the next years. While we had no luck meeting mister Andrew Ginther the project still continued this year and we were more successful meeting mister Hilbert, the mayor of Dresden. On the rainy afternoon of the second weeks Monday we visited the city hall of Dresden and after a short waiting time and a tour through the building we finally had an audience with the mayor. The audience itself only lasted about 15 minutes and consisted of two short speeches from the mayor Mr Hilbert and Paul Carringer, one of the US teachers, as well as a short speech of thanks from two of the US students. In the end the US delegation handed the key to the city of Columbus over to Mr Hilbert. Jokingly Paul Carringer guaranteed, it can open the door of every bar in Columbus. 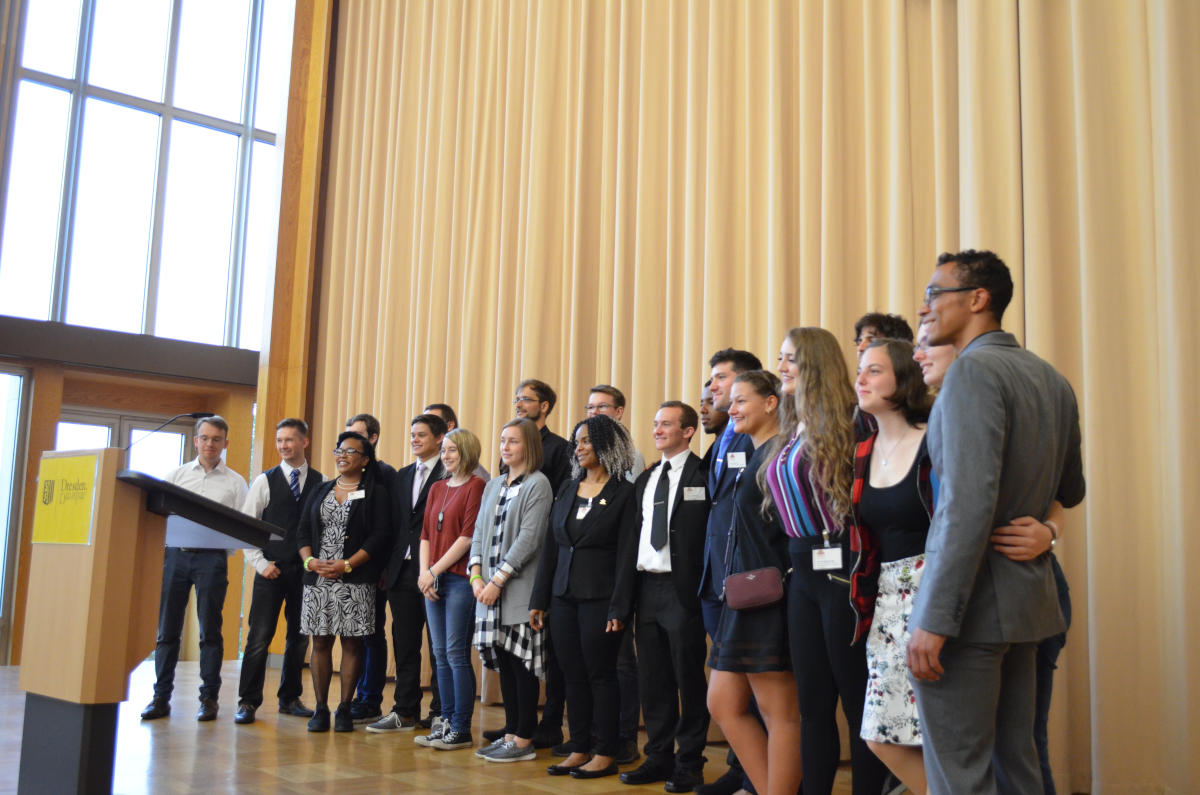 But lets put the official program aside. What was the most important thing for the American and German students in this week? Meeting each other and making new friends of course!
Everyday, after the official part we still gone out in the city together, went to some bars or just stayed together in the hostel and talked or watched some movies together or played some board or card games. During the Sunday of the second week we had no official program and some of us used the free day to drive to the Lake Senftenberg, rented a boat there and enjoyed the day on the water. Also exploring the city was really interesting for me, even as a German student. I think in this short period of time I learned more about Dresden and discovered more new places than in the past two years I lived here. 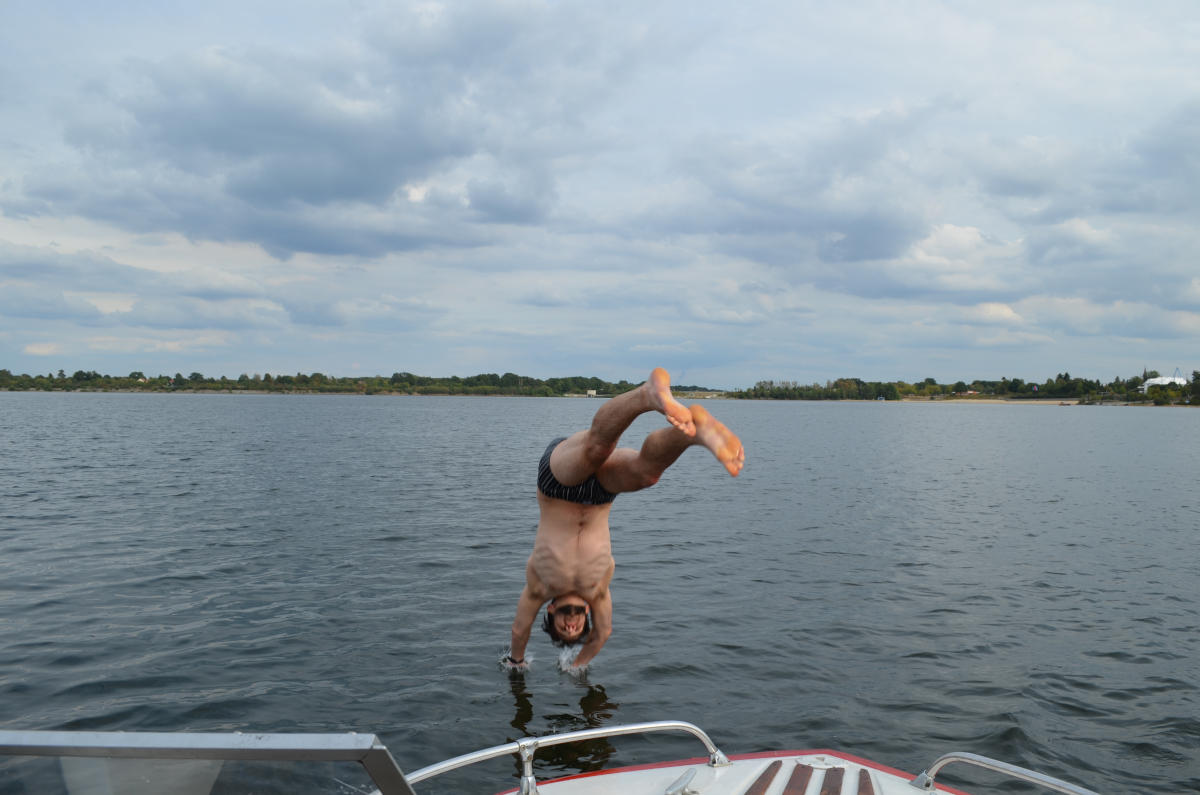 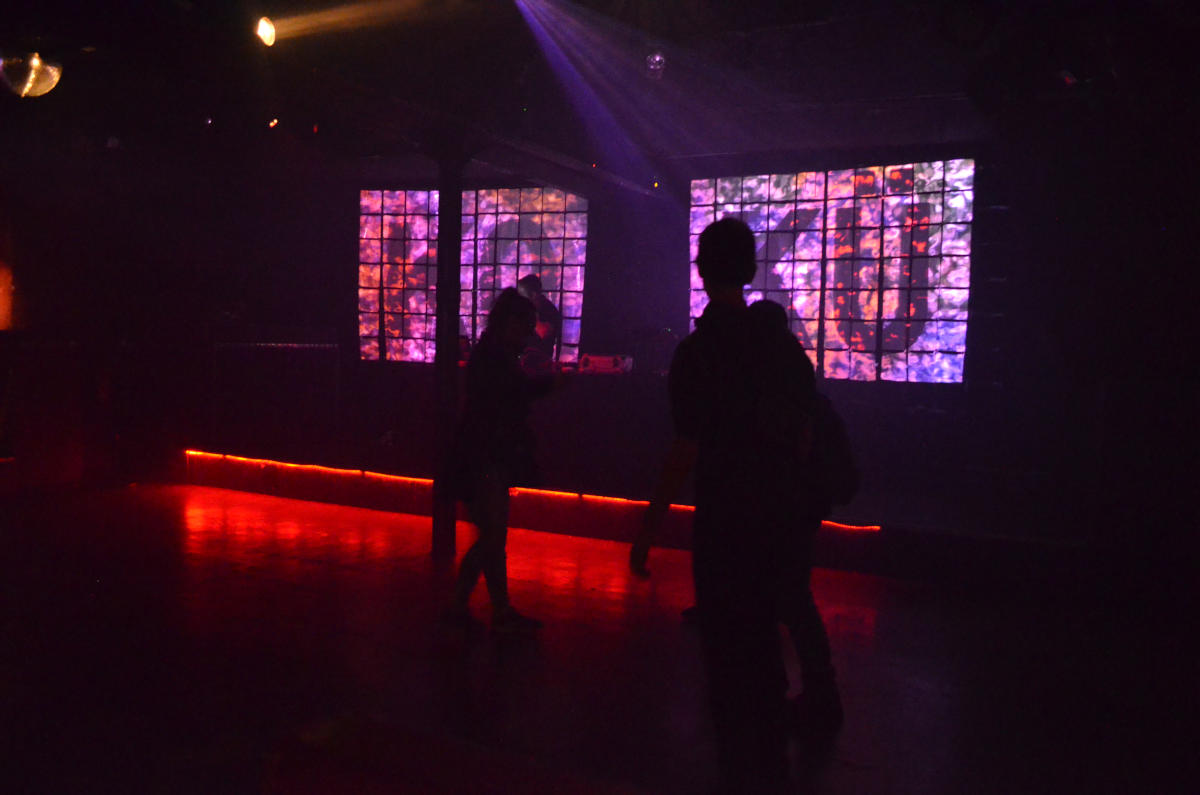 As a part of the school project connected with the student exchange we also had to write some texts about the week and differences between Germany and the USA.
I did my work in the form of a blog, that documented the student exchange like a diary. You can take a look at it at schuelerraustausch.de.

While I will finish my apprenticeship next summer and leave the school, I hope this project will continue for many more years and many more students can enjoy the experience.