I’ve already had to create bootable floppy images in some of my projects. This process has always been a hassle, especially automating it. So I’ve decided to write my own all-in-one solution to create FAT12 formatted images - f12. f12 is a program written in C, that provides various functions to handle FAT12 formatted images, for example moving files to the image, dumping files from the image and listing contents of directories on the image. But the most important feature of all for myself is creating new images with a set of files and installing a bootloader in one command, but let’s start at the beginning:

My first way of creating disk images and filling them was using the mount command. For example, to create an image of a floppy which uses my simple bootloader to boot pong implemented from scratch one would write the following shell commands:

These commands have some disadvantages. At first they require superuser privileges to mount the images. This should not be necessary for such a simple process and may not work in containerized environments. Instead of mounting the image, one can also use the GNU mtools homepage to put files on to the image without superuser privileges:

This way requires less commands and will also run in a container environment. But I still decided to go one step further and have been working since the summer of 2018 to write f12.

Why spend so much time on this solution?

Of course my goal was not just to pack 4 shell commands into one. I did this project mostly for learning purposes. The main points I wanted to learn about were:

The setup of the continuous integration took quite some time. At first I only used a self hosted drone.io instance to run some tests: 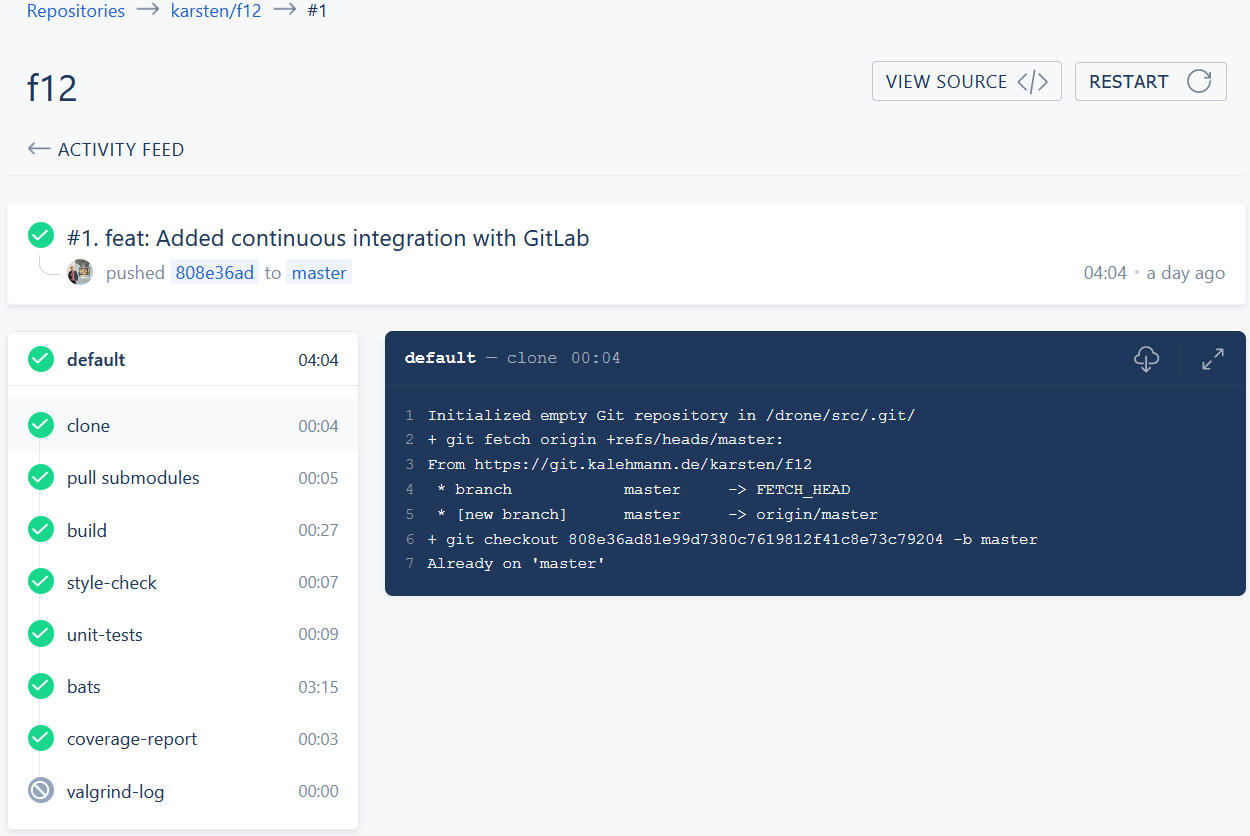 The unit tests were written using Check, a simple framework providing functions for all necessary assertions. There are also high level tests using bats-core. Bats is a utility to check the command line usage of the program. It allows to test the output and the exit code of the program using bash syntax. An example of a bats test looks like this:

Note: Here _run instead of run is used, this is a special wrapper, that runs a command with valgrind to check for memory leaks.

While this was a nice little project for me, I do not plan to actively use it. I am sure, I ignored the FAT12 specification on several occasions, therefore it may be a waste of my time to choose my self developed solution over battle proven approaches like the one using GNU mtools, that I’ve shown at the beginning of this post.

Nevertheless I’ve really enjoyed all the evenings I spend coding f12, the whole source code is available on GitLab.